A busy Bank Holiday weekend of gigs this weekend.

On Friday evening, I played at The Cross in Moseley, Birmingham with the Malc Evans band. We played a 45 minute set and stayed around to listen to the other bands. Particularly interesting to me were LP45, a band made up of music students from Coventry University. Consequently, their technical skills were pretty obvious on their respective instruments and they had an interesting blend of styles – particularly a jazz-fusion feel to their music. Had a good chat with their drummer, Dean, after their set. Must go and see them again sometime.

Saturday evening was a Beaver evening, as I played at a private 18th birthday party with my main band, Ministry of Beaver. We had a great evening, not least of all because of the rather scantily-clad 18 year-old girls running around the place. Never was so much Vic Reeves-esque thigh-rubbing called for. My goodness me! It was a tough gig, simply because it was difficult to look anywhere without feeling like a dirty old man. Scantily-clad girls aside, the gig was great. We played with the big P.A. rig we use periodically, complete with  lighting rig and dry ice. The crowd of younglings really warmed to us as this evening went on and the birthday-boy’s parents were wonderfully hospitable towards us. 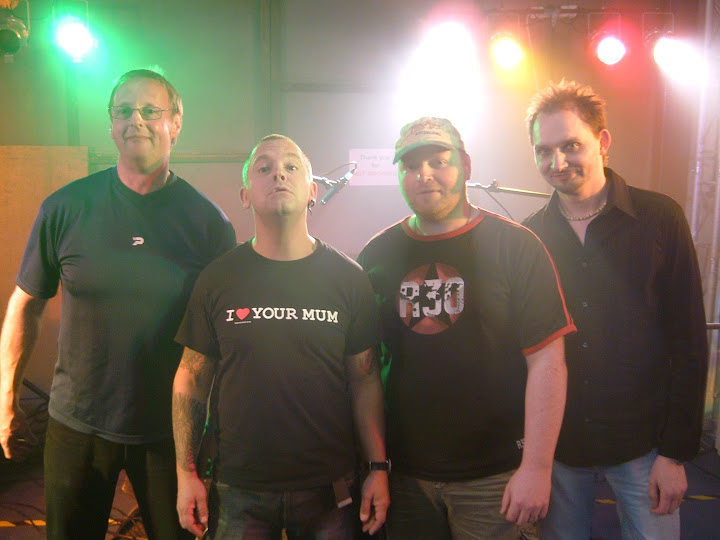 Sunday was also a day of gigs, as I headed up to Liverpool with Malc and Steve of The Malc Evans Band to play two sets as Beneva at the Cavern Club as part of the International Pop Overthrow festival and one set at the Cavern Pub. We arrived just after 13:00 to meet up with Nathan of Beneva at Lennon’s Bar and then headed over to the Cavern Club to watch a couple of bands before our first set at the back bar of the Cavern Club. The first set went well and the on-stage sound was pretty good. Fortunately, the venues involved all supplied a drumkit, including cymbals and snare, so I only had to bring along a pair of drum sticks. What a refreshing change!

Following our first set, we settled down to watch two or three more bands in the back bar before we went round to the more well-known front bar to do our second Beneva set there. It was slow to dawn on me that we were playing at such a world-famous location. As a massive Beatles fan in mid 1980s (the worst time to be a Beatles fan, since they were still viewed as ‘old hat’ by many, rather than as the classic band they are widely accepted to have been now), I would have given several vital organs to play in the Cavern Club: and here I was, in front of the iconic coloured wall, with band names strewn across it. Once I’d arranged the kit to my satisfaction, I had time to soak up the atmosphere a little and take in some of the graffiti, before we played the second set. The crowd responded particularly well in the front bar to the second set. On first sight, you’d expect the acoustics in a cellar to be appalling, but they were absolutely fantastic.

After what seemed like all too short a time, our set was over and we made our way out of the Cavern Club for something to eat and we found just the place at the Piccolino restaurant, an Italian restaurant that served absolutely wonderful food and had wonderful service – highly recommended!

Once we’d all eaten, we made our way down to the Cavern Pub and watched a couple more bands before playing our final set of the day without Nathan as the Malc Evans Band. The pub was pretty packed and lively and we were just about to start playing, having rearranged the drum kit (flippin’ left-handed drummers!), when to his horror, Malc noticed that his guitar neck was broken. In a very kind gesture, one of the other bands allowed him to use their acoustic guitar and so the show went on and the set was very well received.

We finished playing just before midnight, headed back to Malc’s car (with all its wheels still in place), and made the journey home. After a shower, I rolled into bed at around 03:00 and slept soundly until about 10:00 this morning.

A great weekend of drumming with some very good musicians in some great venues. One to remember, but bloody hell, I’m tired!